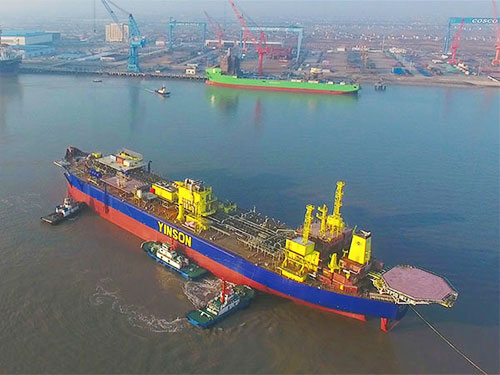 In a note today, the research house quoted from energy portal Upstream and said Yinson’s chances at the Marlim floating production storage and offloading (FPSO) bids have improved, after Japan-based Modec decided to scale back the scope of its bid for the Marlim field in Brazil.

“With Modec now only interested in one of the two Marlim FPSOs, it appears that Yinson is on track to secure either the Marlim-1 or Marlim-2 FPSO contracts, because there are no other bidders, as long as Petrobras is agreeable to Yinson’s asking prices. Both FPSOs are scheduled to enter into production in either 2022 forecasts or 2023 forecasts,” the research house added.

Upstream had reported Modec’s move to accept just one of the two Marlim FPSO contracts because its plate is now so full, despite Modec having an upper hand to win the bids for both Marlim-1 and Marlim 2.

The Parque das Baleias FPSO is scheduled to enter into production in 2022 and will have the capacity to produce 100,000 bpd, and five million cmd of natural gas over a charter period of 22 years.

Under Package A, Marlim-1 FPSO has a processing capacity of 80,000 barrels of oil per day (bopd) and seven million cubic metres per day of natural gas (mmscmd), while Marlim II FPSO is for package B, having a capacity of 70,000 bopd and four million cmd of natural gas.

Meanwhile, Yinson had submitted its bid to supply FPSO for the Parque das Baleias complex in the northern sector of the Campos basin, Brazil, where the group is facing competition with a joint venture between Italy’s Saipem and Netherlands’ Bluewater.

Yinson Businesses:-
1) Offshore Production – We lease and operate Offshore Production Units and offer Offshore Support Vessels as part of our integrated services. Our expertise lies in developing innovative and cost-effective solutions that meet the needs and demands of the oil and gas industry.

2) OSV Services – Producing oil offshore is a costly and challenging exercise, requiring the support of OSVs (Offshore Support Vessels) and other support units. In addition to our fleet of FPSOs, we have cultivated capabilities in OSV management and crewing to support the oil and gas industry.